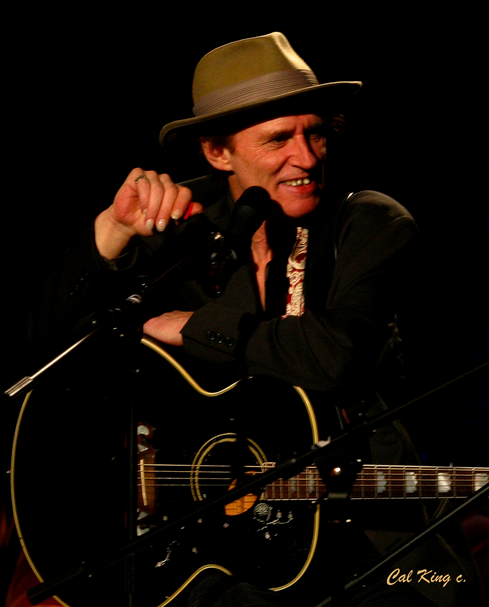 These songs could only have been written by an Irishman. Correction: these songs could only have been written by a Newfoundlander who bears the Irish curse in his bones, is spending months in rehab, is forbidden by his counsellor to write songs, and writes songs anyway. Hynes’s songs are so traditional and yet so new; we see in them the ancient shadows of our Celtic ancestors moving through the forest and at the same time Ron’s droll smile and then ourselves in our touching beauty and sadness.

I’m glad no one was watching me the first time I heard “The Mother Who Bore You in Pain” on the radio. Here is a song so clear in its empathy that it’s hard to believe it was written by the addict son and not by the mother who mourns his ruin. In “Carry the Cross” Hynes gives voice to the thoughts of a doubting Christ in the last hours before crucifixion. He could just as well be singing of the lonely burden of the artist.

Those who choose lives of creativity and right action ask themselves these same questions: How do I distinguish a true calling from delusions of grandeur? Are rejection and persecution signs of personal failure or are they essential to the journey? And what is the point in taking on the guilt of others and attempting to transform it? Do not look for theology here; these songs are roadmaps of pain experienced by someone who has deliberately sensitized himself to it, been overwhelmed by it, run away from it, and finally dared turn and look it in the eye.

We needn’t wonder when an intense and insightful mind becomes enslaved to drugs and alcohol; such slavery looks all the sweeter to one with depth of soul. But we do need to marvel when he or she gets free, for such things are miracles no matter how often they happen. The brokenness required of the recovering addict, involving the laying down of old armour, the submission to a terrifying new order, the acceptance of help from others, and a harrowing twisting aside from the only thing that lets you forget life’s horror, this is heroic, and worthy of reflection.

These songs leave you impatient with writing that sugar-coats this beautiful but demon-haunted reality. They make you want to be a more honest writer whatever the cost to personal comfort and dignity. Catharsis may be the wrong word for their emotional effect; they have the same impact as the ancient Greek tragedies, drawing you down into a quagmire of pain until you can no longer tell where the writer’s pain leaves off and your own begins. The self is transformed, the dross burned away, and the hero’s journey becomes your own.